WhatsApp to Allow Group Admins Delete Messages for Everyone: Report

WhatsApp to Allow Group Admins Delete Messages for Everyone: Report 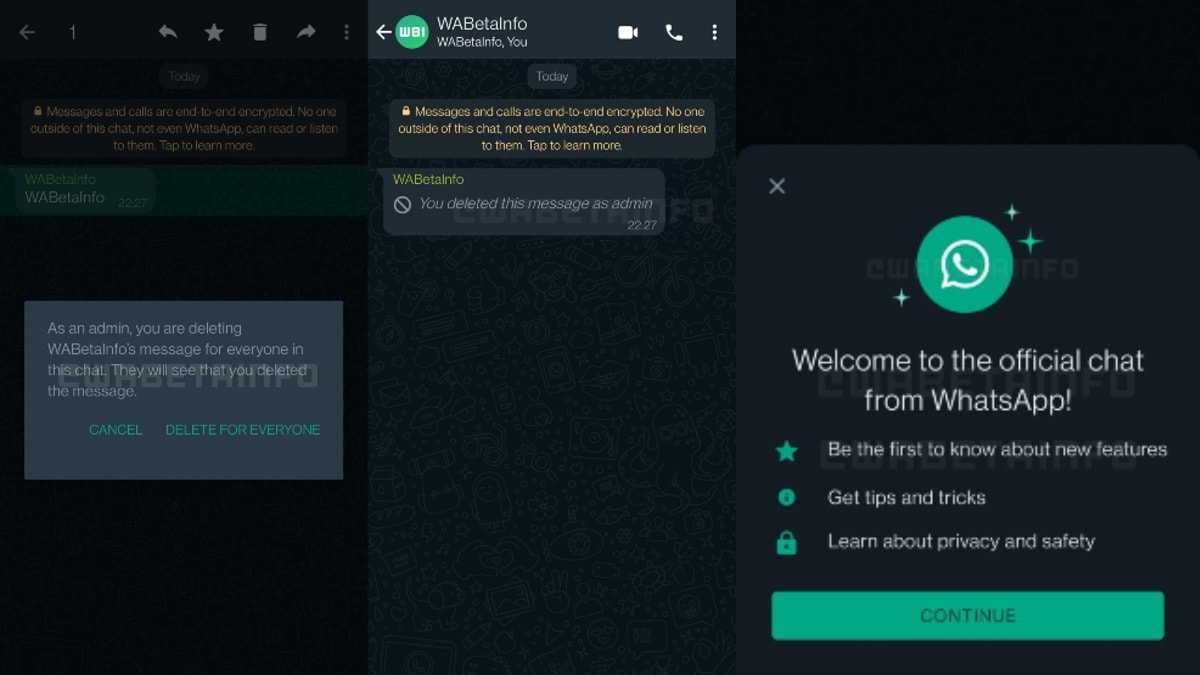 WhatsApp is working on a feature that will let group admins delete messages for everyone, as per a beta update for WhatsApp for Android. This ability of admins will essentially help them keep the group better moderated. It is being rolled out to a handful of testers. The second feature that the instant-messaging app is working on is kind of a chatbot that will deliver in-app announcements for new features from WhatsApp right within the application. This feature is also under testing for Android.

Both the features have been spotted by WABetainfo, a platform that tests WhatsApp features before they are released to the masses. The first feature, spotted in WhatsApp beta for Android 2.22.17.12, is rolling out to a small group of testers and it suggests that WhatsApp will soon allow group admins to delete messages for everyone. A group admin can delete an incoming message for everyone in the group. Group members will be able to see that the admin has deleted a message sent by another group participant via the chat bubble. The feature will help group admins moderate their WhatsApp groups better.

The second feature is also for Android users on WhatsApp and it is still under development. As per the information available, the feature will deliver localised in-app announcements for new features from WhatsApp right within the application. This will help users to keep up-to-date about news related to WhatsApp features.

In addition to in-app announcements, users can “even receive tips and tricks to improve your experience within WhatsApp.” It can also be a portal for Meta — the owner of WhatsApp — to send information about privacy and security. It is to be noted that this chat will be read-only as well as end-to-end encrypted. Furthermore, users can also block this chat in the future, as per WABetainfo.

Both these features are not yet fully cooked to be rolled out to masses and there is no date for their release. As mentioned, the admin delete feature has been rolled out to very few beta testers.