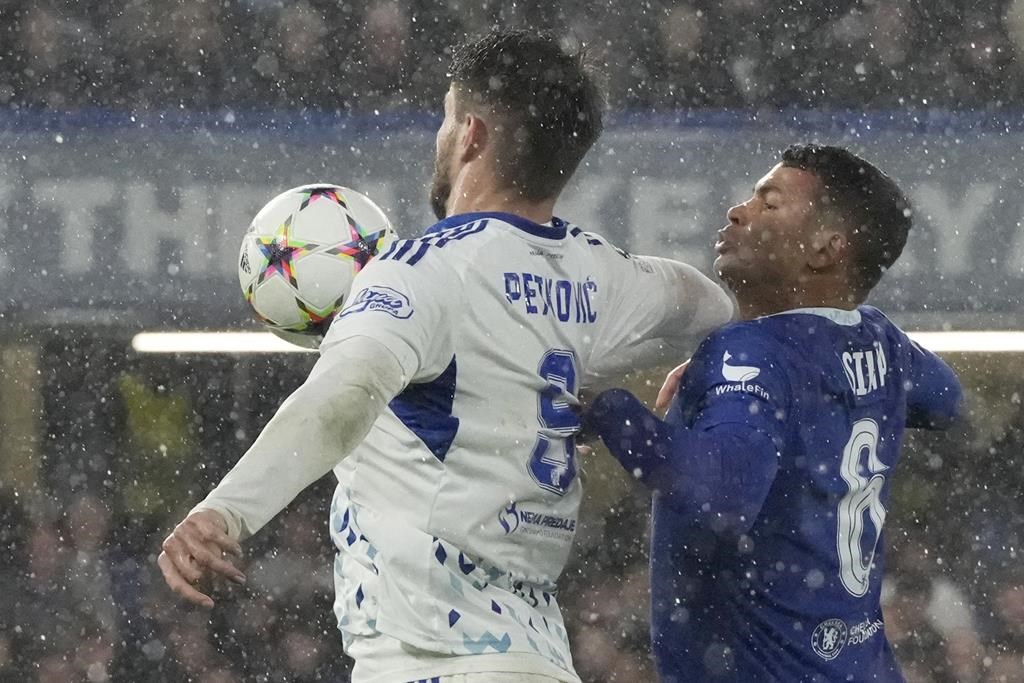 LONDON (AP) — Raheem Sterling ended his goal drought that was approaching two months to help Chelsea wrap up its group-stage campaign in the Champions League with a 2-1 win over Dinamo Zagreb, whose involvement in European competition ended Wednesday.

The England forward has played in a number of positions — even at wing back — under recently hired manager Graham Potter, but was restored to his favored wing role against Dinamo and equalized in the 18th minute with a well-taken finish.

That canceled out Bruno Petkovic’s seventh-minute opener for the visitors from Croatia, and Chelsea completed its recovery when Denis Zakaria — making his debut two months after joining on loan from Juventus — scored what proved to be the winning goal in the 30th after good work by Mason Mount.

Chelsea was already sure of advancing as Group E winner and finished three points ahead of AC Milan, which joined the English club in the last 16 thanks to a 4-0 victory over Salzburg on Wednesday.

Dinamo needed to win to stand a chance of a third-place finish to drop into a qualifying playoff for the Europa League. Instead, the team ended in last place on four points from its six games — its only victory in the group stage coming against Chelsea at home on the opening matchday.

Sterling hadn’t scored in any competition since Sept. 14, against Salzburg in the Champions League — a run of nine games for club and country. He took his goal well, collecting a backheel pass from Pierre-Emerick Aubameyang inside the area, cutting inside a defender and slotting a finish into the bottom corner.

Even with his poor form in front of goal, Sterling is guaranteed to be in the England squad for the World Cup.

The same cannot be said for left back Ben Chilwell, who pulled up with a left hamstring injury near the end of the match and was clearly distressed as he lay on the ground. He was helped back into the locker room by two people and looks a major doubt to make England’s World Cup squad that is being announced next week.

Chilwell was likely to be the backup left back for Luke Shaw.