Ons Jabeur reaches fourth round, Serena tries to at US Open

Ons Jabeur reaches fourth round, Serena tries to at US Open 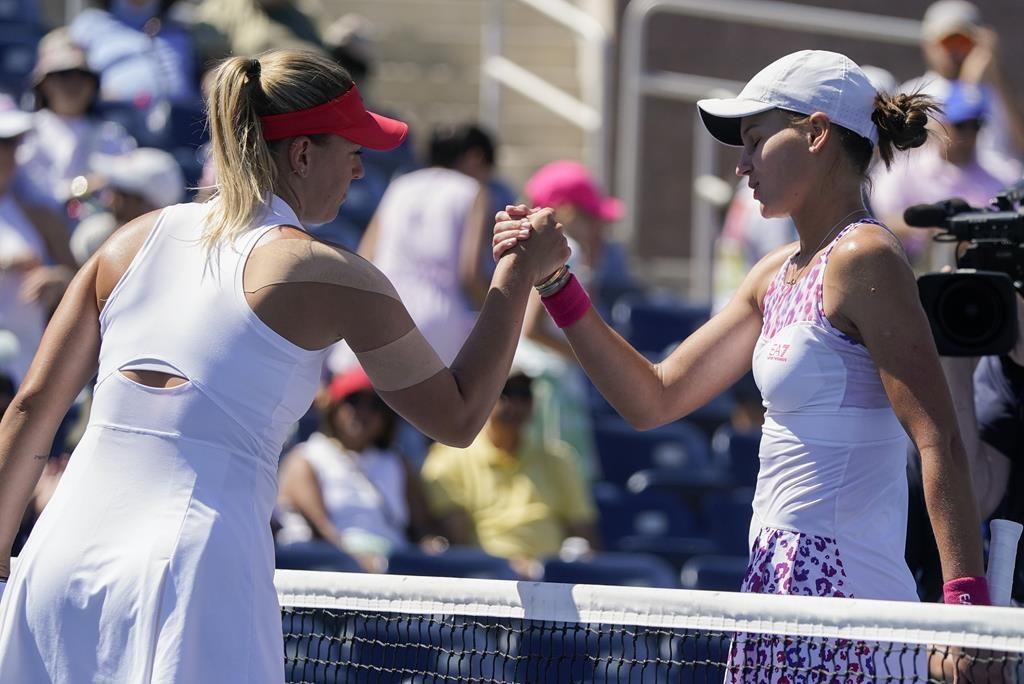 NEW YORK (AP) — Ons Jabeur is finally through to the fourth round of the U.S. Open.

The Nos. 2-4 seeds were all upset in the second round, with Serena Williams ousting No. 2 Anett Kontaveit on Wednesday. The 23-time Grand Slam singles champion was hoping to take her potential final tournament into the round of 16 when she faced Ajla Tomljanovic on Friday night.

Jabeur had been stopped in the third round in each of her last three trips to Flushing Meadows before overcoming Rogers in 2 hours, 17 minutes.

“Finally,” the Wimbledon runner-up from Tunisia said with a smile.

“I know that I don’t play the best on hard courts, but it’s always amazing to see how I’m improving, how I’m pushing my limits.”

Top-ranked Iga Swiatek is only other top-five woman still in the tournament. No. 3 Maria Sakkari and No. 4 Paula Badosa were eliminated with three-set losses.

Zhang Shuai of China also advanced with a 6-2, 6-4 victory over Rebecca Marino and awaited the winner of the All-American matchup between Coco Gauff and Madison Keys that was to be played Friday afternoon.

Credit: Ons Jabeur reaches fourth round, Serena tries to at US Open