N. Korea calls UN monitor on its rights issue ‘puppet’ of US

N. Korea calls UN monitor on its rights issue ‘puppet’ of US 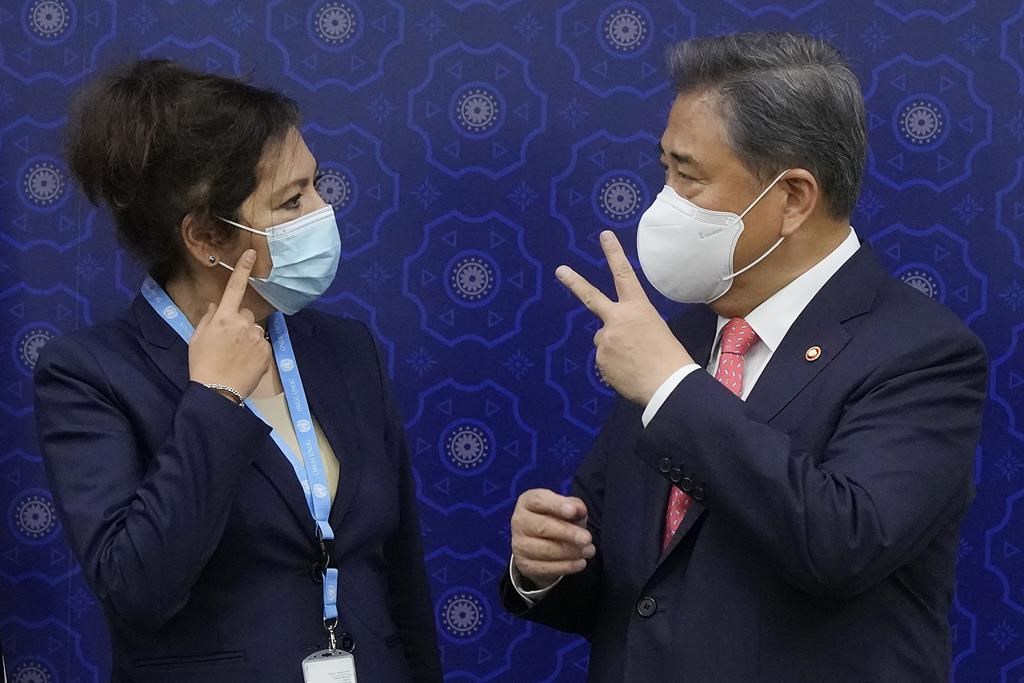 SEOUL, South Korea (AP) — North Korea called the U.N.’s top expert on the country’s human rights “a puppet” of the United States, warning Friday that it won’t tolerate an American-led plot to use the rights issue to overthrow its political system.

North Korea is extremely sensitive to any outside criticism of its rights record, calling it a provocation aimed at slandering its government that has been run by the same family for more than 70 years.

Its latest reaction comes as Elizabeth Salmón, the U.N. special rapporteur on the North’s human rights, is making her first visit to South Korea this week to meet officials, activists and North Korean defectors since her appointment last month.

In her inaugural statement, Salmón said North Koreans face “new and more serious hardships” because of severe pandemic-related curbs that added to decades-long abuses, which she said must not be neglected. She said she was convinced that international solidarity should be more decisively mobilized to protect human rights in North Korea.

On Friday, an unidentified spokesperson at the North’s Foreign Ministry issued a statement slamming the U.N. rapporteur without mentioning her name directly.

The statement accused Salmón of displaying “ignorance and biased vision.” It criticized her for making “unpardonable reckless remarks encroaching upon our inviolable system and sovereign rights” during her visit to South Korea.

The statement also accused Washington of being behind Salmón, saying, “We know well that the U.S. deeply stretches out its tentacles on (her) back.”

“The ‘human rights’ racket of the U.S. and other hostile forces has nothing to do with the guarantee of true human rights and is nothing but the most politicized hostile means for tarnishing the dignified image of (North Korea),” the statement said.

“(North Korea) will never pardon the U.S. and its vassal forces’ ‘human rights’ racket … which is aimed at overthrowing its social system.”

The North’s ministry repeated an earlier position that it will never recognize or deal with any U.N. special rapporteur on its human rights. Salmón’s predecessors were denied access to North Korea, which observers say has challenged outside attempts to find more independent and credible information on rights abuses.

The North also issued a Korean-language statement on Salmón but Korean has no gender pronouns.

Credit: N. Korea calls UN monitor on its rights issue ‘puppet’ of US