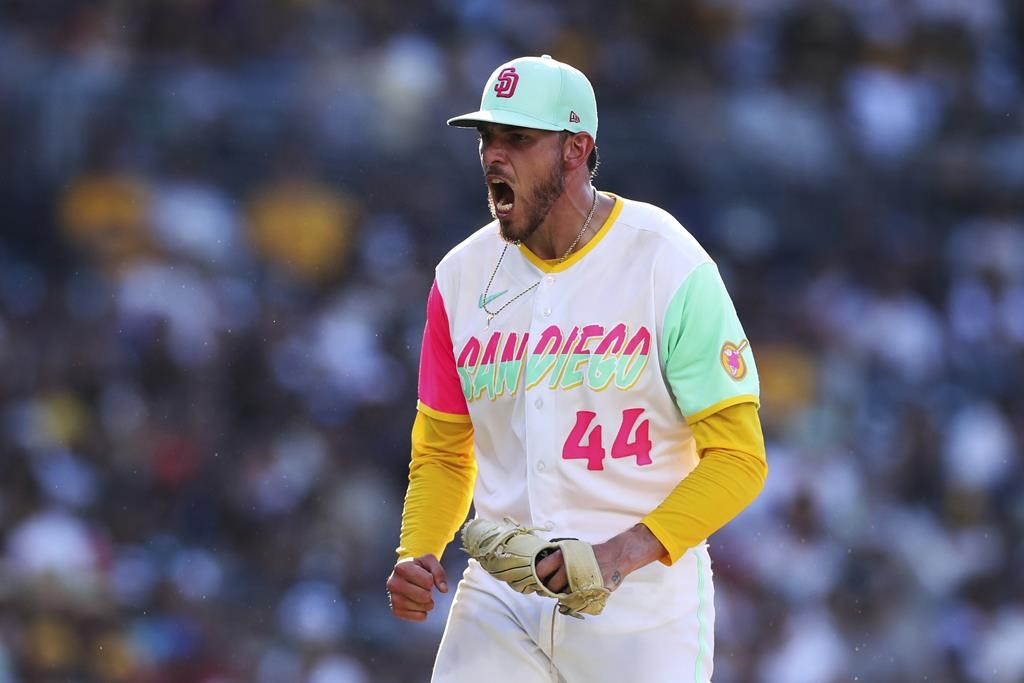 SAN DIEGO (AP) — Joe Musgrove walked onto the dais in an olive green suit, with his family on the left side of the room and a small contingent of Padres to his right, including teammates Manny Machado and Jake Cronenworth, as well as manager Bob Melvin and pitching coach Ruben Niebla.

The big right-hander from suburban El Cajon had dreamed as a boy about playing for his hometown Padres, which came true when they obtained him in a three-team trade in January 2021.

He already has etched his name into franchise lore by throwing the first no-hitter in Padres history, in just his second start. Now he has a new $100 million, five-year contract that starts next year after it was finalized on Monday.

At one point this summer, it looked as if a deal wasn’t going to get done and that Musgrove might hit the free agent market. But talks intensified after Musgrove made his first career All-Star Game.

“It’s something both sides were very confident in,” Musgrove said. “I really got the feel that they wanted me here. I think everybody knew that I wanted to be here.”

Musgrove, 29, said he felt it was important to be with the Padres during their perceived window to win a World Series, especially to continue to play with superstars Machado and Fernando Tatis Jr.

“Five years, you look at the window that we have to win here,” Musgrove said. “I don’t know that it was necessarily anything other than getting the right agreement that felt fair money-wise and time-wise for both sides. Being a part of a team with Manny and Tati for five years felt very important for me.”

Musgrove played at Grossmont High. He threw the first no-hitter in franchise history at Texas on April 9, 2021. It was the team’s 8,206th regular-season game.

He grew up a Padres fan and his family once had season tickets. He idolized Jake Peavy, who won the NL Cy Young Award with the Padres in 2007, and wears No. 44 in Peavy’s honor. When he was 18, he got a tattoo of a baseball with the Padres’ logo in it, along with his last name and the year he was born.

“I’m definitely excited to be here for more than just two years,” he said. “There’s some records out there that are going to be hard to accomplish in two years. To put myself in the record books as a Padre would be pretty cool. I’ve got some work to do. With five years, I’ve got to get to it right away.”

Musgrove said there’s “a little bit of fear coming back here and pitching in front of all the people I know and my hometown. That added fear is a sense of motivation as well. It’s a little bit of extra drive.”

“It feels like he’s been here his whole career and he’s exceeded our expectations,” Padres general manager A.J. Preller said. “I think that’s a big reason why we’re here today.”