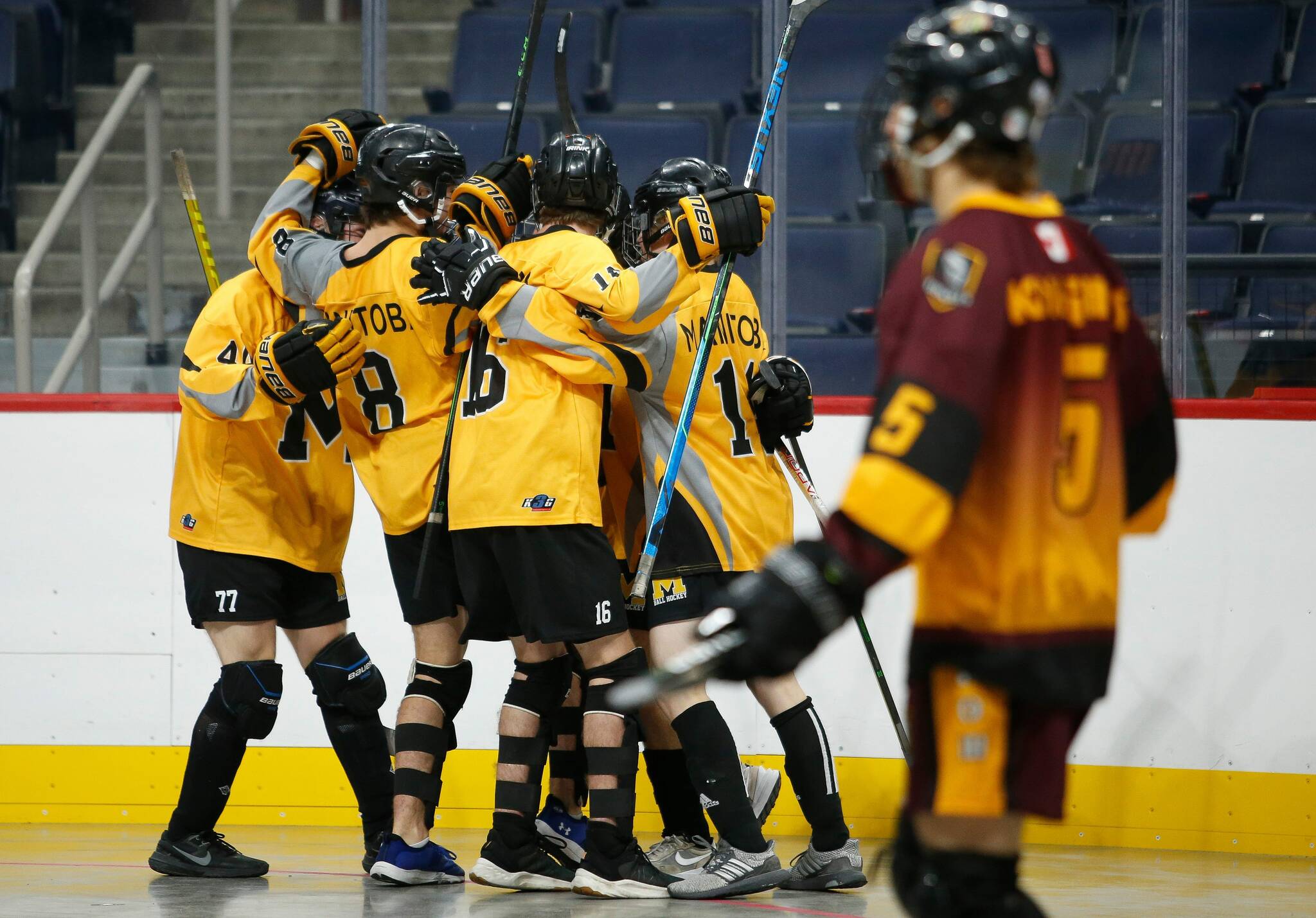 It’s been four years since Jack Oleksiuk won a ball hockey world championship in Zlìn, Czech Republic, with Team Canada as a 16-year-old.

The big stage didn’t weigh on the teenager, who had played ball hockey for seven years and captained the Manitoba Selects for five, before representing his country in what would unknowingly be one of his last seasons as a player, owing to the COVID-19 pandemic.

But in March, Oleksiuk, now 20, was tasked with a different challenge. He was asked to retire his stick for a whistle and coach the Selects, a U17 team, in preparation for the junior national championships.

Oleksiuk accepted the head-coaching gig, wary of the small age gap between him and his players.

“That’s something I was really worried about before the season started just because I’m so young, I was worried if the players would listen and respect what I was saying,” he said.

Turns out, they did.

Four months later, the Manitoba Selects found themselves standing alone at the top of the Canadian U17 ball hockey mountain, capturing the 2022 junior national championship with a 4-3 win over Ontario’s Withrow Park Knights on Sunday at Canada Life Centre.

Once a world champion as a player, Oleksiuk was now a national champion in his first crack as a bench boss.

“It was… I can’t even describe… it was unbelievable,” he told the Free Press in a phone interview Monday morning. “We had a really tight last game and then we got a goal with a minute and a half left. So we knew from there that we just had to lock down our defensive zone and then all that stress was just… that minute and a half lasted three hours. Once we saw that clock hit zero and see the guy’s excitement and all the players, it was amazing. So much weight lifted off our whole coaching staff’s shoulders and we were just so proud of the team for winning.”

“It gives our province a really good look. We’re gonna get some teams winning there and a little bit more respect towards our province with ball hockey,” Oleksiuk said.

Rylan Gould captained the Selects in their championship run.

The 16-year-old, entering his second season with the WHL’s Swift Current Broncos, was playing in his first year of ball hockey. While he admits he was nervous, his confidence in the talented squad never wavered.

“It was almost a feeling of relief. We felt like we had a really good team and that we had everything that we needed to win. It’s hard to describe the feeling. It was unbelievable. Like, you kind of put it into perspective that we’re national champions, and that’s something that we can say for the rest of our lives,” he said.

“It was one of the best feelings I ever had.”

Manitoba had seven representatives, including a U16 girls team, the Manitoba Monarchs, who claimed the inaugural U16 girl’s junior national championship.

Head Coach Josh Tymchak had told the Free Press on the tournament’s opening day that his team had been playing together for just five weeks ahead of the event.