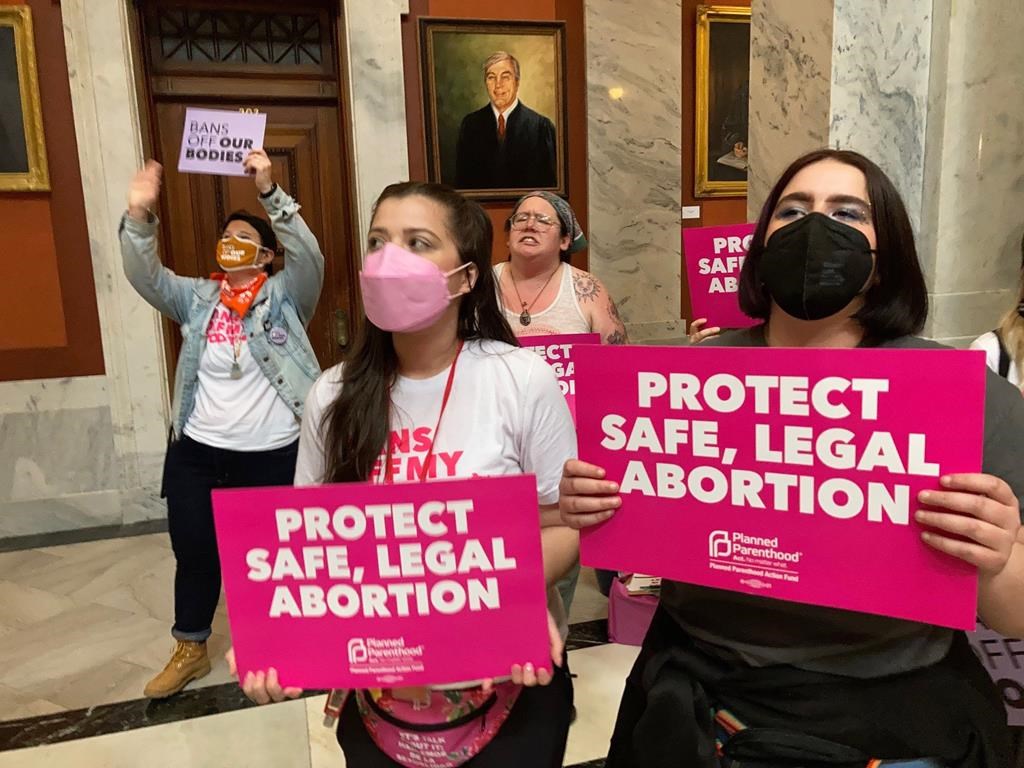 The clinics, both in Louisville, asked the Kentucky Supreme Court to vacate the ruling issued Monday evening by a judge on the state’s intermediate Court of Appeals.

That ruling meant most abortions are illegal in the state, for now.

In their motion to the Supreme Court, the clinics said that ruling had “upended 50 years of the status quo” by essentially halting abortion access in Kentucky. As a result, women previously scheduled to receive abortions are now being turned away, the filing said.

“The challenged bans have eliminated access to abortion in Kentucky and they are imposing irreparable harm on plaintiffs and their patients in a variety of ways, including by forcing Kentuckians to remain pregnant, and eventually give birth, against their will,” the motion said.

Both sides had expected the case to ultimately end up before the state’s Supreme Court.

On Monday, the Court of Appeals judge granted an emergency request from Republican Attorney General Daniel Cameron to reinstate the two laws banning nearly all abortions in the state. The order was to remain in place while the appeals court appoints a three-judge panel to hear the case. The two laws had been put on hold last month by a lower court judge in Louisville, prompting Cameron’s appeal.

In a social media post Monday evening, Cameron said he appreciated the appellate judge’s decision to allow the two laws to take effect “while we continue to vigorously defend the constitutionality of these important protections for women and unborn children across the commonwealth.” Cameron’s office did not immediately respond to the appeal filed Tuesday.

Kentucky’s trigger law was meant to ban abortions as soon as the U.S. Supreme Court overturned Roe v. Wade in late June. The Kentucky law contains a narrow exception allowing a physician to perform an abortion if necessary to prevent the death or permanent injury of the pregnant woman.

Kentucky lawmakers also passed a separate six-week ban that the clinics are challenging.