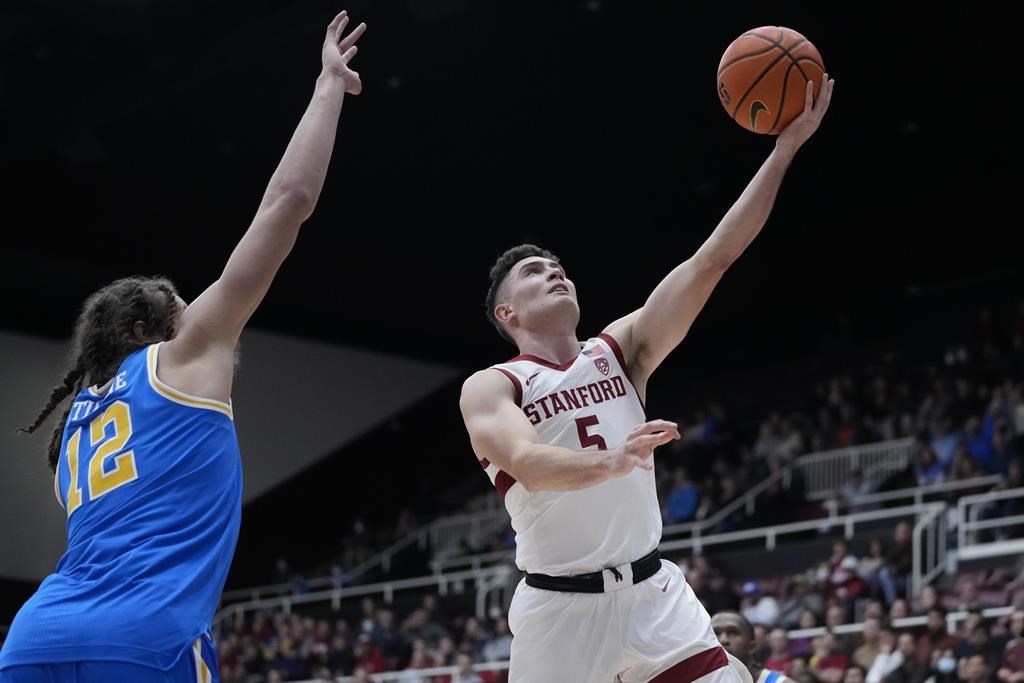 Tyger Campbell had 17 points and was two assists shy of a double-double, while Amari Bailey scored a season-high-tying 19 points.

Jaylen Clark added four points in his return to the court after missing the Bruins’ last game with a non-COVID-19 illness.

The Cardinal (3-5, 0-1) outscored the Bruins 37-30 in the second half, starting with three straight baskets within 90 seconds from Spencer Jones, who set a season high and led the team with 18 points.

Stanford pulled within eight points with less than five minutes remaining, but the Cardinal could not complete the comeback after trailing by 21 points at halftime.

UCLA: Though the Bruins were happy to welcome one of their top scorers in Clark back to the court, UCLA has gotten production across the board, entering the day with five players averaging at least 10 points per game. Thursday’s double-digit performances from Jaquez, Bailey and Campbell continued the trend, an encouraging sign as the Bruins kick off their bid for the Pac-12 title.

Stanford: The Cardinal, who placed fifth in the preseason Pac-12 poll, have struggled to solve the Bruins, now having lost three straight to the conference favorites dating back to last season. Stanford will have a chance to snap the streak when the teams meet in Los Angeles in the final weeks of the 2022-23 season.

UCLA: The Bruins return to Pauley Pavilion Sunday to host Oregon, which has lost each of its three games vs. ranked opponents so far this season. UCLA has gone 5-0 at home this season.

Stanford: The Cardinal travel to Arizona State on Sunday. Stanford and Arizona State last faced off in the opening round of the 2022 Pac-12 tournament, in which the Cardinal came back from a 17-point deficit to edge the Sun Devils, 71-70.