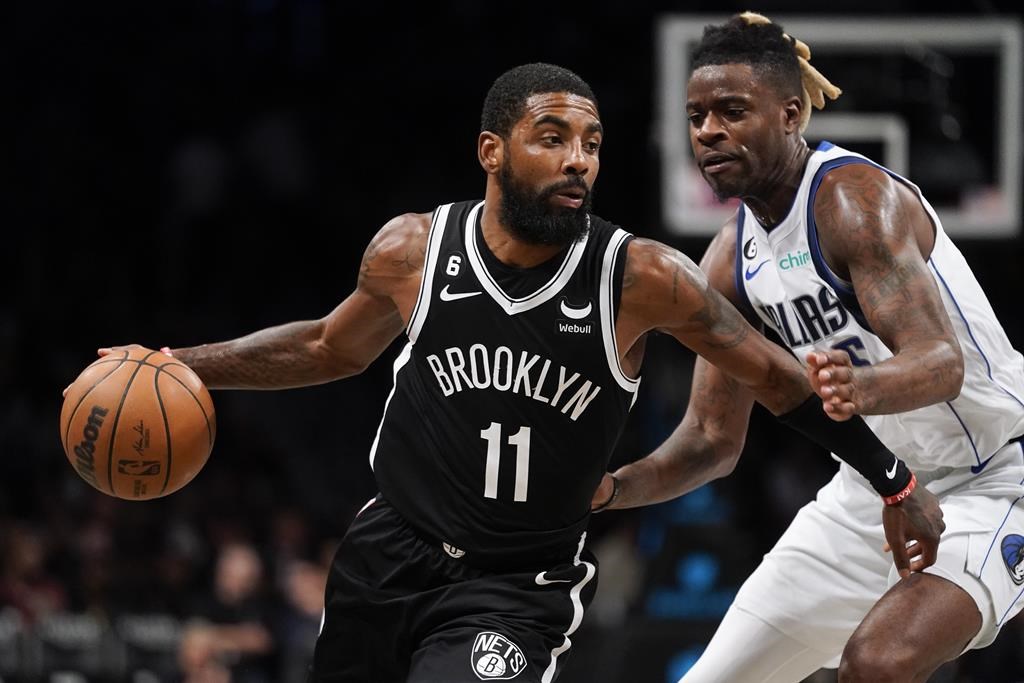 NEW YORK (AP) — Kyrie Irving said Wednesday he takes responsibility for the negative impact on the Jewish community that was caused by his appearing to support an antisemitic work, and he and the Brooklyn Nets will each donate $500,000 toward causes and organizations that work to eradicate hate and intolerance in their communities.

Irving, in a joint statement with the Nets and Anti-Defamation League, said he opposed all forms of hatred and oppression. The point guard had drawn criticism around the NBA — including from Nets owner Joe Tsai — for posting a link to the film “Hebrews to Negroes: Wake Up Black America” on his Twitter feed last week.

“I do not believe everything said in the documentary was true or reflects my morals and principles,” Irving said. “I am a human being learning from all walks of life and I intend to do so with an open mind and a willingness to listen.”

Irving hadn’t spoken since Saturday, when he defiantly defended his right to post about material he believes. He didn’t talk to reporters after either of the Nets’ games since.

“There is no room for antisemitism, racism, false narratives or misguided attempts to create animosity and hate,” said Sam Zussman, the CEO of BSE Global, parent company of the Brooklyn Nets and Barclays Center. “Now, more than ever, there is a pressing need to ensure education in these areas. We are putting our prior statements into practice because actions speak louder than words.”