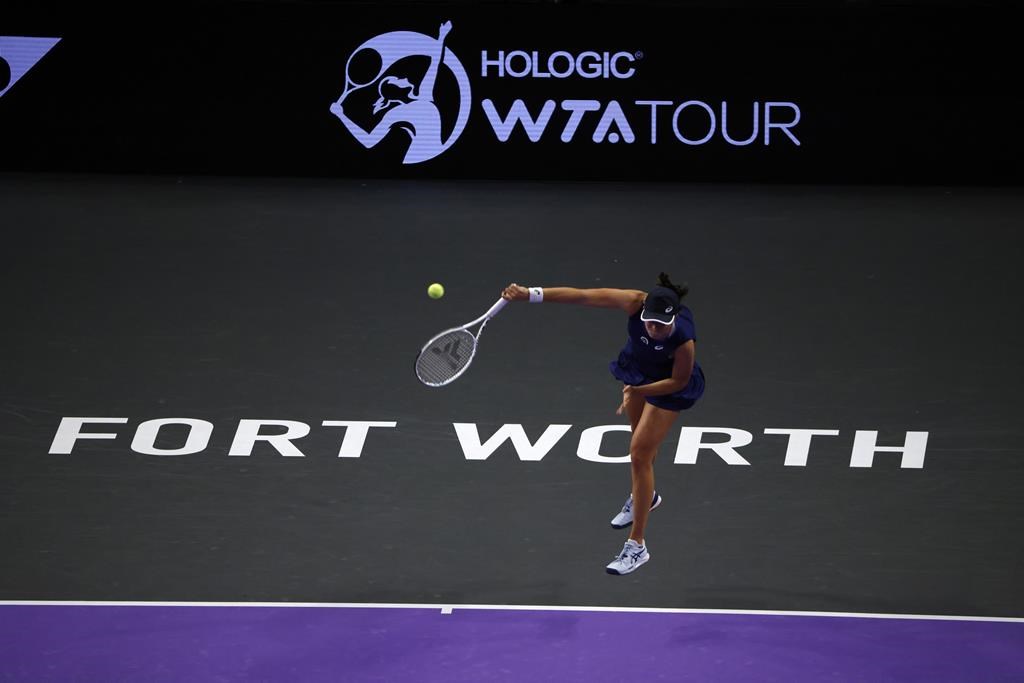 FORT WORTH, Texas (AP) — No. 1 Iga Swiatek extended her winning streak against opponents ranked in the top 10 to 13 matches and opened her bid for her first WTA Finals title with a 6-2, 6-3 victory over Daria Kasatkina in round-robin play Tuesday night.

Swiatek has asserted herself as a dominant force in women’s tennis this season, claiming two Grand Slam titles and eight tournament trophies in all. Her 65-8 match record leads the tour, too. That includes a 5-0 mark against Kasatkina this year.

This one was pretty much over at the outset, when Swiatek raced to a 3-0 edge. She quickly adapted to the slow- and low-bouncing temporary hard court set up inside Dickies Arena, and that start, she said, “gave me confidence for the rest of the match.”

Swiatek faced three break points — and saved all three. This win improved her mark in 2022 against top-10 players to 13-1, with the lone loss coming in her very first such match of the year, against the since-retired Ash Barty in January. Barty was atop the rankings when she walked away from the sport at age 35 in March, and that allowed Swiatek to climb to No. 1, a spot she has yet to relinquish.

Since that setback at Adelaide, Australia, Swiatek is 13-0 against the best of the best, the longest such unbeaten run in a single season since Justine Henin took 15 in a row against players in the top 10 in 2007.

The next player to try to stop Swiatek will be either No. 4 Coco Gauff or No. 6 Caroline Garcia, who were scheduled to face each other later Tuesday. The loser of Gauff-Garcia will take on No. 8 Kasatkina, who reached her first Grand Slam semifinal at the French Open in June before losing to — yes, you guessed it — Swiatek.

The 21-year-old from Poland has earned the same number of titles this season as the other seven women in the season-ending event have won combined.

That doesn’t mean Swiatek is only thinking about collecting hardware.

She often practices visualization before heading out on court, although she said she did not do that Tuesday ahead of facing Kasatkina.

“I’m not the kind of person who’s going to visualize myself with trophies. I don’t think it’s going to lead anywhere,” Swiatek said. “So usually, it’s (about) technique and perfect preparation for the shot.”

She was grateful for the fans waving the Polish flag or wearing the country’s red and white colors, but she also noticed the thousands of empty seats in the venue, saying in her on-court interview: “Hopefully we’re going to see a full house soon.”