‘I assumed’: Mountie on trial says he trusted information about man he shot

‘I assumed’: Mountie on trial says he trusted information about man he shot 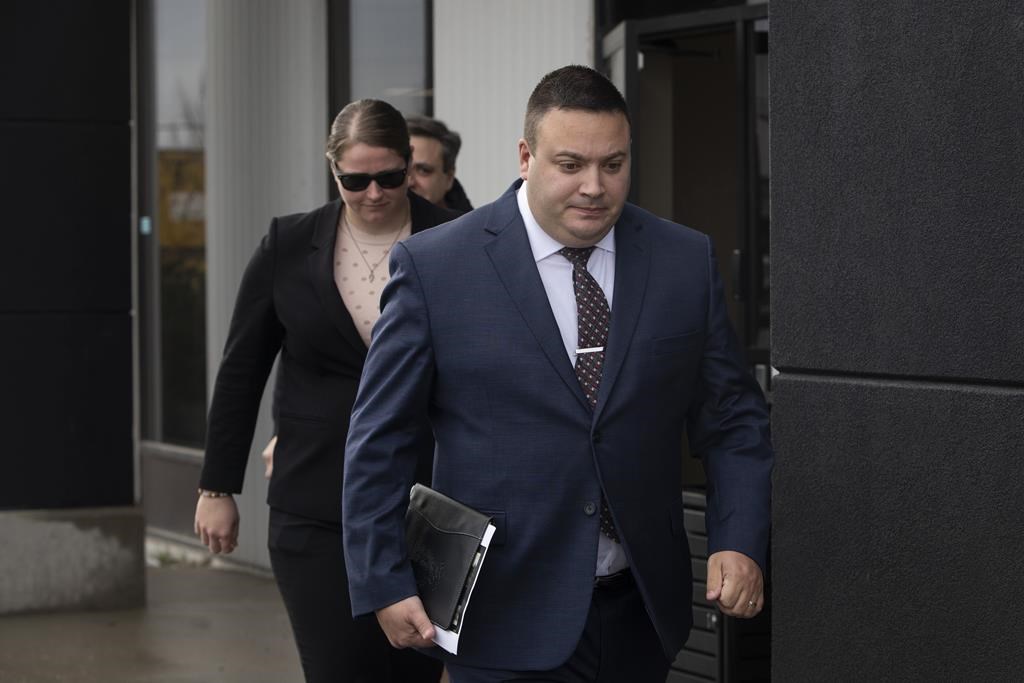 EDMONTON – An Alberta Mountie charged in the fatal shooting of a man who had been sleeping in a pickup truck at a rest stop says he trusted information from a fellow officer that the man was wanted as a suspect.

Cpl. Randy Stenger and Const. Jessica Brown have pleaded not guilty to charges of manslaughter and aggravated assault of Clayton Crawford near Whitecourt, Alta., on July 3, 2018.

A jury has heard that Stenger and Brown shot Crawford 10 times, and the officers have testified that they acted in self-defence.

Stenger says Brown told him the man in the truck at the rest stop was a suspect in a shooting a day earlier in the hamlet of Valhalla Centre.

Crawford’s girlfriend was shot in the leg and his purple truck and other vehicles were seen leaving the area, but the jury has heard that Crawford may have been a target in that shooting.

Stenger, under cross-examination by the Crown, told the jury that he believed the information Brown gave him about Crawford being a suspect and that it was the only information available at the time.

“I assumed, I trusted the information,” said Stenger, adding it was Brown’s responsibility to collect as much information as possible about the man in the truck.

On Thursday, Stenger testified that he had more questions for Brown about the person in the truck as they approached the vehicle at the Chickadee Creek rest stop.

He said, “(Brown) sounded pretty confident that it could have been the target or potential shooter in the vehicle.”

Prosecutor Peter Scrutton said there’s a difference between a suspect and a target.

“When you learn this contradictory information from Const. Brown — either shooter or victim — you’ve got an obligation to clarify before you act,” Scrutton told Stenger.

Stenger repeated that he trusted the information Brown gave him.

This report by The Canadian Press was first published Dec. 2, 2022.

Credit: ‘I assumed’: Mountie on trial says he trusted information about man he shot