FIFA 23 World Cup Mode Is Out November 9: All Details

FIFA 23 World Cup Mode Is Out November 9: All Details 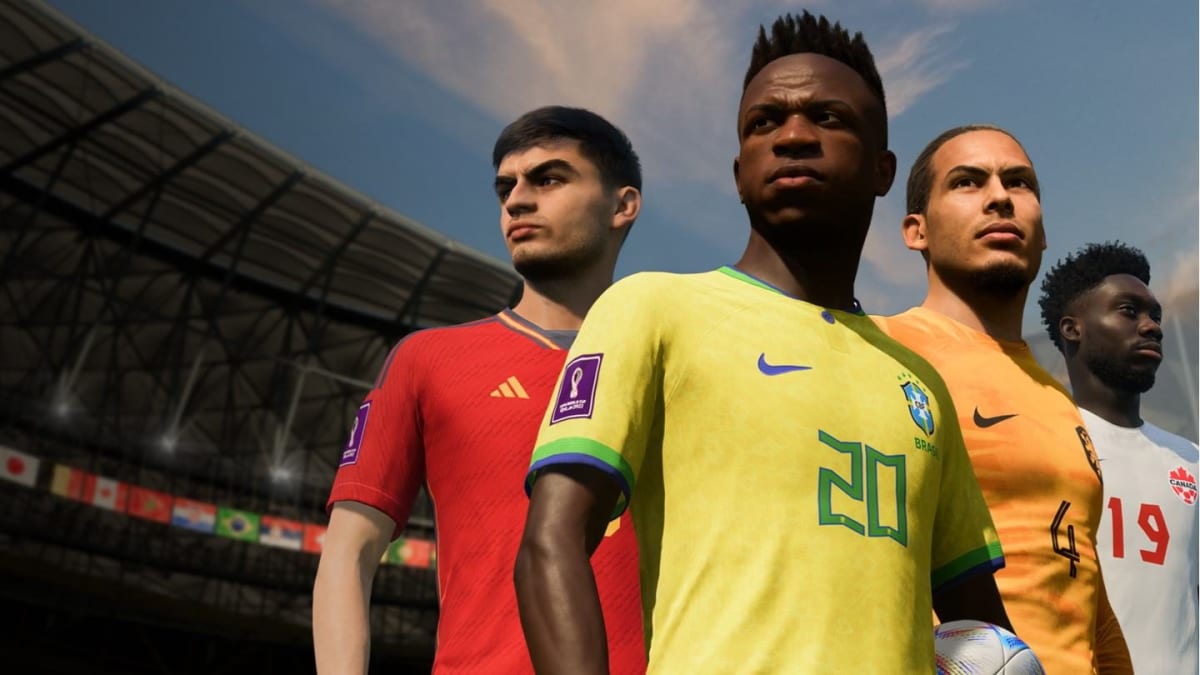 EA Sports is adding a brand-new segment in FIFA 23, sporting a World Cup-themed interface, that lets you pick between several game modes. You’ve got the standard 1v1 kick-off match, which can be played locally with friends or the AI. Or you can turn up the heat with a Knockout Round as you pick a team and play a one-off FIFA World Cup fixture. This extends to the tournament mode, where you pick between 32 qualified teams and try leading them to glory, either offline or in the online seasons-like segment.

Of course, one can also create custom tournaments, which allow players to add teams that didn’t qualify and chart out their glory. The new FIFA 23 World Cup mode also brings a new matchday experience update, featuring special cutscenes, stadium dressings, and two stadiums, including the venue for the finals — The Lusail Stadium.

Starting November 21, this mode connects to real-time World Cup fixtures, letting players follow along with the tournament as results, matches, statistics, and lineups — all of which get updated at the end of each match day. The mode is divided into three parts: ‘Featured Quickplay’ enables a one-off match against local friends or AI, while ‘Online Quickplay’ pits you against past, present, or upcoming fixtures against an online friend.

Then there’s the ‘Your FIFA World Cup’ mode, which states that you can “inherit a team’s FIFA World Cup progress into Tournament Mode and write your own history.” Think of it like a “live” tournament mode, where you can jump into a match and alter the course of the tournament. If your favourite nation gets eliminated early, you can go back and rewrite the outcome to decide for yourself who ultimately lifts the trophy.

Prior to launch, EA Sports promised some World Cup-themed changes for its Ultimate Team segment. Unlike previous instalments, where the World Cup was a standalone mode in FUT, FIFA 23 will intertwine the experience, starting with limited-time items that allow you to swap upgraded players from your chosen nation into the club. For instance, the Belgian goalkeeper Thibaut Courtois, sporting better stats than his standard Real Madrid card, can be added to your FUT season squad.

Additionally, Heroes and Icons, who were World Cup legends of their nations, back in the day, will be available, alongside kits, decorations, and other cosmetics. In August, FIFA 23 unveiled new Ultimate Team Heroes cards, with 21 iconic footballers from around the world reimagined as Marvel characters. The lineup includes retired legends namely the Korean midfielder Park Ji-Sung as Tigerheart, Portuguese defender Ricardo Carvalho as The Anticipator, ex-Juventus midfielder Claudio Marchisio as Il Principino, and more.

FIFA 23 is now available across all major platforms — PC, PS4, PS5, Xbox One, and Xbox Series S/X. The World Cup mode drops November 9, but won’t be available on the Nintendo Switch as FIFA 23 is relegated to “Legacy Edition” there.

Credit: FIFA 23 World Cup Mode Is Out November 9: All Details