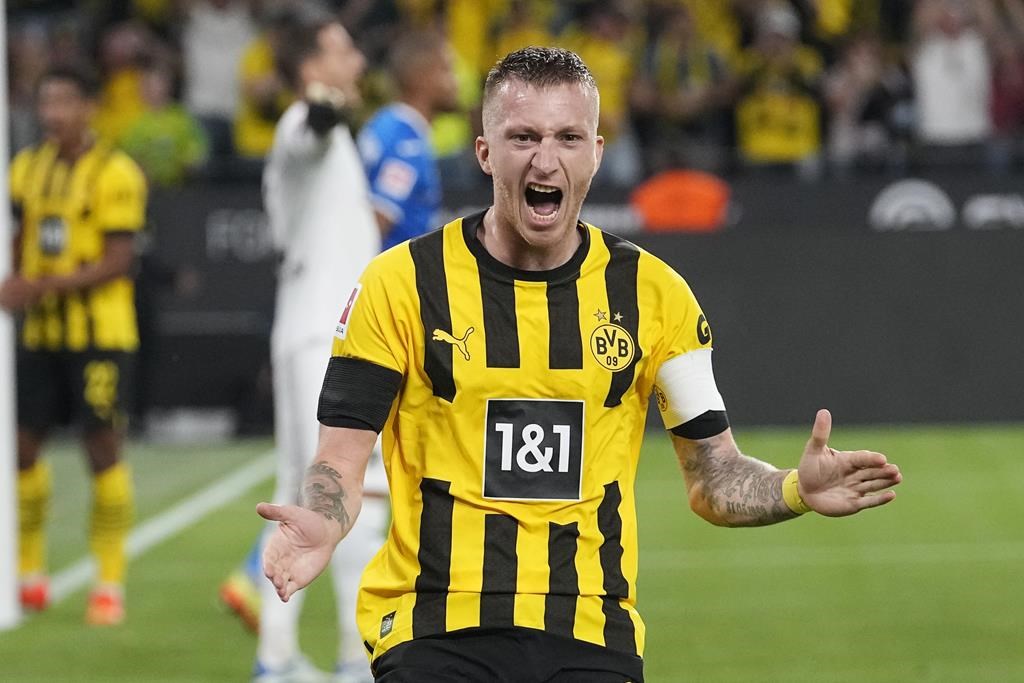 Jamie Bynoe-Gittens made the key pass and Julian Brandt’s through-ball was latched onto by captain Marco Reus to score in the 16th minute from the center of the box.

Dortmund made the goal stand through an exciting first half and a feisty second, which featured six yellow cards.

In ending Hoffenheim’s three-win streak, the host also rebounded from the last home appearance two weeks ago when it lost from 2-0 up with a minute left of regulation time against Werder Bremen.