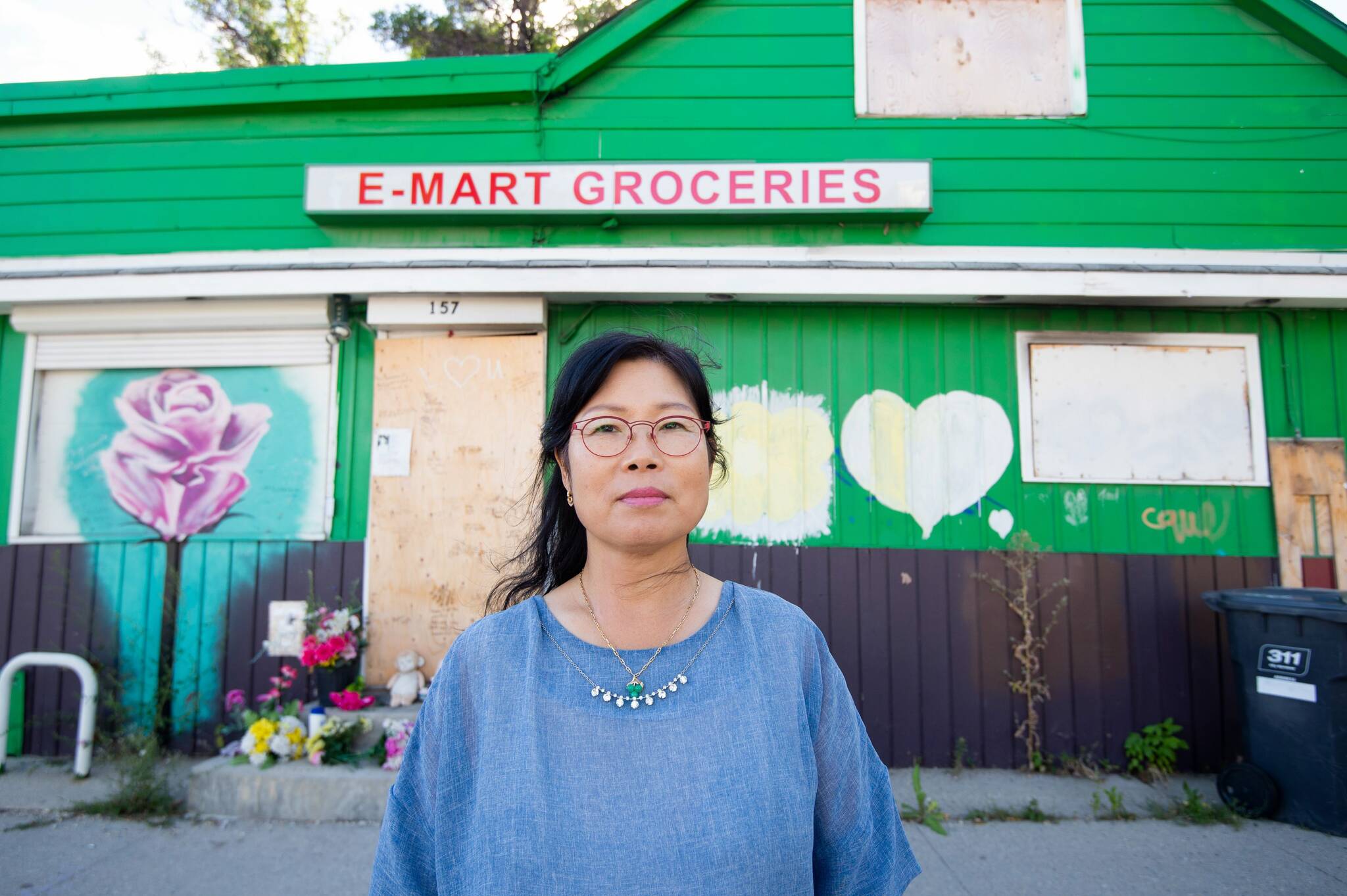 A Winnipeg woman who lost most everything in a deadly arson is one step closer to seeing her life returned to normal, thanks to the help of her local city councillor.

A deliberately set fire incinerated the business in August 2021.

“It was like my world got flipped upside down,” Shin said, remembering the moment she learned the building had burned with her sister-in-law, Jung Ja Shin, inside.

First responders pulled the 60-year-old woman from the blaze, but she died of her injuries. She had been living in the building’s second-story apartment with her son.

City police quickly arrested Douglas Wayne Last, charging him with a series of crimes, including manslaughter and a spate of related arsons in the Osborne Village area.

“We caught him, but the thing is, my sister will never come back, and my nephew no longer has a mother,” Shin said, adding the loss has left a void in her heart and in the community.

“Our customers, we were like a little family — not just saying, ‘Hi’, ‘Thank you’ and ‘Bye’ — but actually taking time to talk. So many people would come there.”

More than 60 people gathered to honour Jung Ja Shin with a candle-lit vigil in the days after her death.

Since the fire, Hae-Kyung Shin has been fighting to rebuild the business but has encountered one roadblock after another, beginning with the City of Winnipeg’s zoning bylaws.

The E-Mart building had existed as a mixed residence and business for decades, but was technically zoned for residential and had not been grandfathered in under the community’s updated secondary plan.

Because it was a complete loss after the fire, E-Mart lost its non-conforming zoning rights, meaning Shin would have to have the property rezoned as either a commercial or mixed-use lot before she could rebuild.

“I cannot be able to pay this,” Shin said. “My income relies on this (business).”

She had nearly given up hope before Coun. Sherri Rollins (Fort Rouge-East Fort Garry) approached her with a possible solution.

“We have a component in our bylaw to be able to waive fees,” Rollins said. “Council has to be judicious in how it applies the bylaw… but this type of scenario is exactly why it is there.”

On Friday morning, Rollins motioned to waive the fee at a meeting of the city centre community committee. Shin spoke at the meeting and asked its members to approve it.

“This event has shattered our families and left us feeling hopeless and broken,” she told the committee. “Please, from the bottom of my heart, waive this fee for us so that me and my nephew can move forward with our lives, rebuild trust, and overcome our fears.”

The committee voted in favour of waiving the fee for compassionate purposes, though the issue still needs a final vote at the property and development committee before the decision is final.

Rollins said fee waivers are extremely rare, but she felt compelled to file the motion because of the tragic circumstances surrounding the arson and the significant, long-standing service E-Mart provided to the community.

Even so, Shin faces an uphill battle.

Insurance will cover up to $500,000 to rebuild E-Mart, but an issue with the building’s coverage means Shin could have to pay up to $80,000 out of pocket.

Because the business was her sole source of income, Shin doesn’t know how she will come up with the money. Still, she is grateful to Rollins for helping her get one step closer.

“She gave me the strength and the courage that I can have a chance to speak up… I want to end this thing and go on with our normal life.”