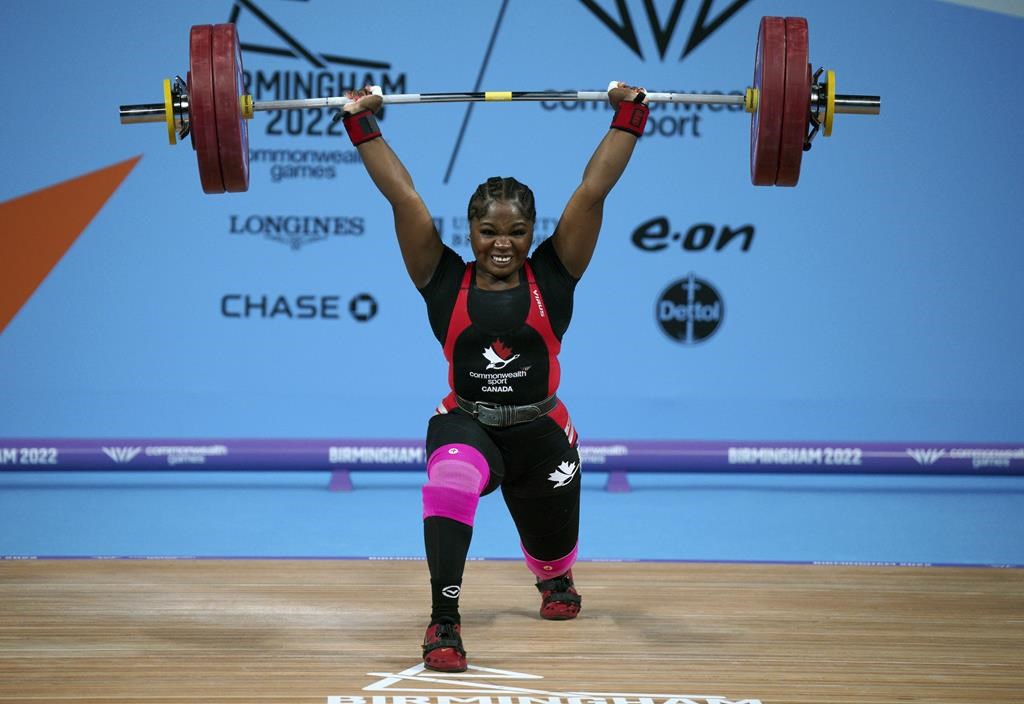 BIRMINGHAM, United Kingdom – Maya Laylor captured gold in the 76-kilogram class of women’s weightlifting at the Commonwealth Games on Tuesday.

The 27-year-old from Toronto posted Commonwealth records of 128 kilograms in the clean and jerk and 228 kg in total, 12 kg better than Nigeria’s silver medallist Taiwo Liadi.

Laylor’s gold medal is the seventh for Canada at the Games.

The 19-year-old from Cambridge, Ont., also won bronze in the women’s team and all-around finals.