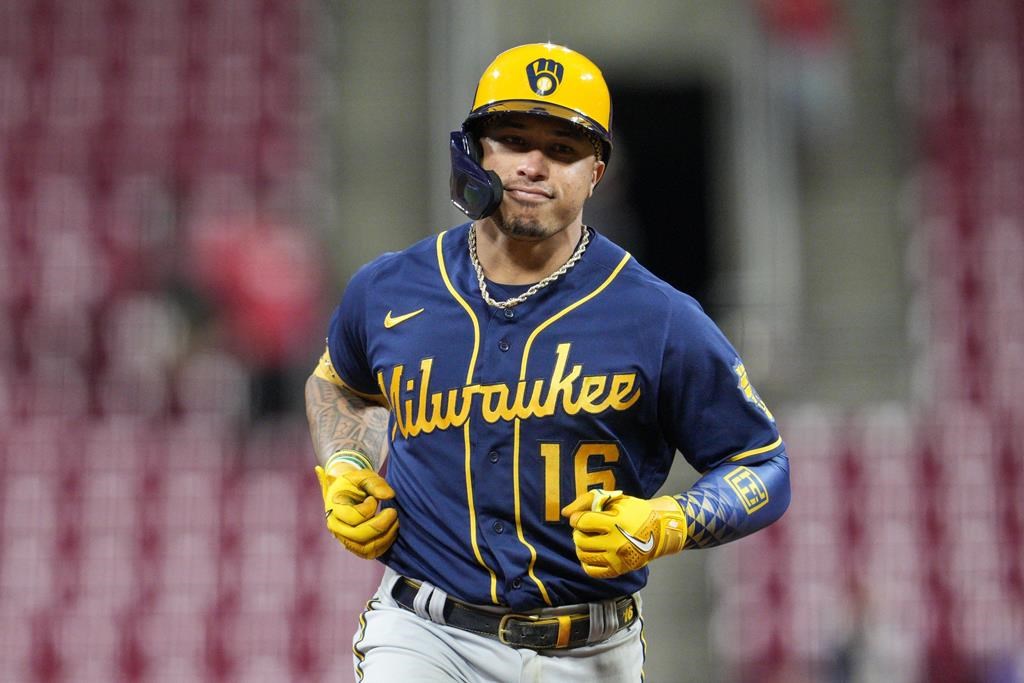 SEATTLE (AP) — The Seattle Mariners are close to completing a deal to acquire second baseman Kolten Wong from the Milwaukee Brewers for outfielder Jesse Winker and infielder Abraham Toro, according to a person familiar with the situation.

The person confirmed to The Associated Press an agreement was reached Friday pending a medical review. The person spoke to the AP on the condition of anonymity because the deal hadn’t been officially announced by either team.

ESPN first reported the deal and said the Brewers also would be sending the Mariners about $1.75 million.

The Brewers picked up the $10 million team option on Wong’s contract for the 2023 season last month.

But the two-time Gold Glove winner had an uncharacteristically tough season in the field with 17 errors to match his career high.

Adding a second baseman had been one of the Mariners’ chief offseason objectives. Wong was Milwaukee’s starting second baseman for the last two years after spending his first eight seasons with the St. Louis Cardinals.

Winker would give the Brewers a power-hitting outfielder to help make up for the loss of Hunter Renfroe, who was traded to the Los Angeles Angels last week.

Mariners president of baseball operations Jerry Dipoto said after the season Winker had surgery on his left knee and was expected to undergo another operation to repair an issue with his neck.