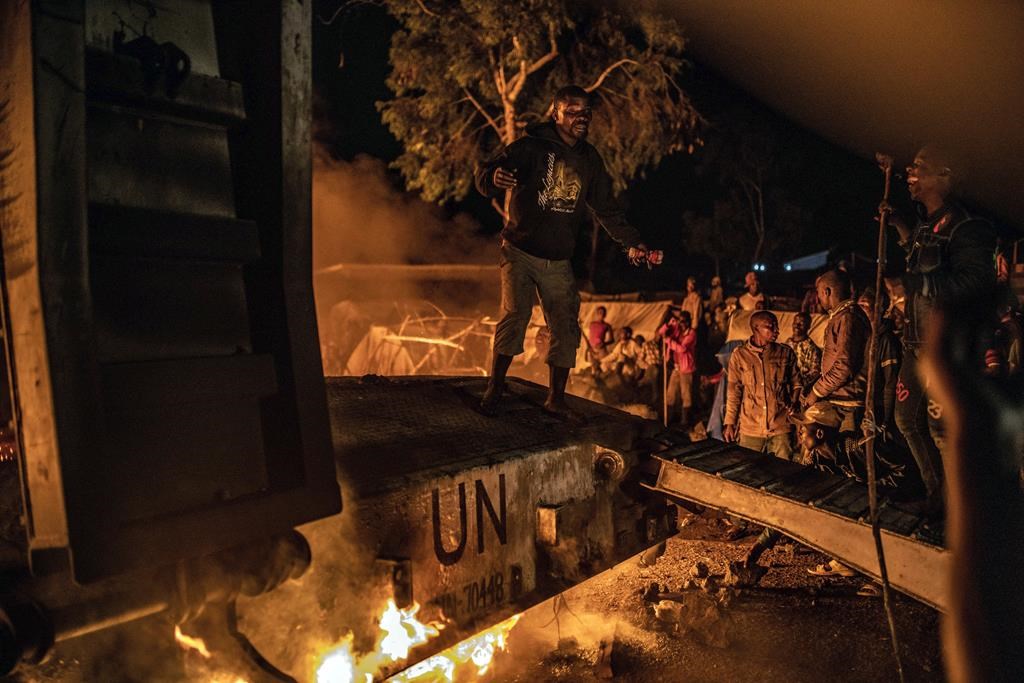 GOMA, Congo (AP) — Angry crowds set fire to United Nations vehicles in Congo’s city of Goma as frustrations mount over the advance of M23 rebels and the deteriorating security situation in the country’s east.

The violence late Tuesday came amid false rumors that the U.N. had transported rebels, adding to the dissatisfaction many people in eastern Congo have with the efforts of a peacekeeping mission known as MONUSCO.

“Because of these rebels, we have fled our homes in Rugari, Kibumba,” protester Kasereka Munyafura said, standing next to the truck on fire. “That is why we are angry, and we have just burnt the vehicles of MONUSCO because it makes us suffer.”

Earlier Tuesday, the U.N. peacekeeping mission in Congo announced a “strategic and tactical withdrawal” from embattled Rumangabo. The M23 rebels have been trying to advance on the town, which houses a military base. The mission tweeted that the decision was made “in consultation with our partners, to better prepare the next steps together.”

The M23 rose to prominence more than a decade ago when its fighters seized Goma, the largest city in eastern Congo and which sits along the border with Rwanda. After a peace deal, many of M23′s fighters were integrated into the national military.

The group reemerged last November, saying the government had failed to live up to its decade-long promises. Over the weekend, the rebels doubled the territory they hold, seizing control of two major towns.