Abner Mares comes back to boxing after 4-year ring absence

Abner Mares comes back to boxing after 4-year ring absence 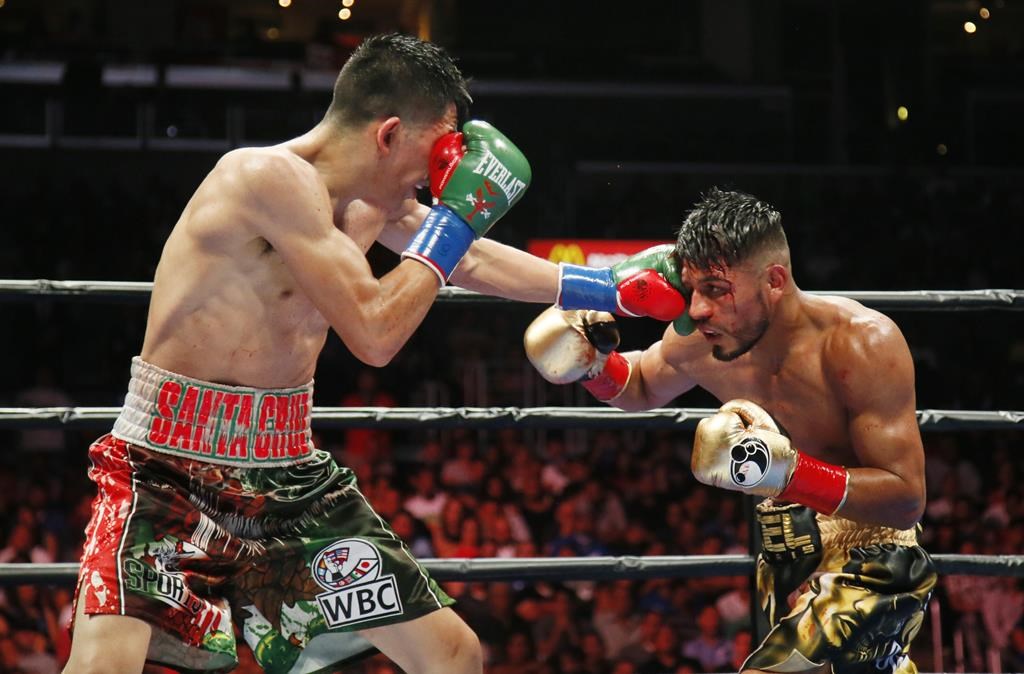 LOS ANGELES (AP) — When an accomplished boxer in his mid-30s returns to the ring after a four-year absence and a potentially serious health problem, most fight fans assume — quite correctly, in most cases — it’s because the fighter spent all his money.

“Thank God, that’s not me,” Abner Mares said with a chuckle.

That’s an understatement, because the 36-year-old Mares has practically set the blueprint for a champion boxer moving intelligently into the next stage of his life.

But the former three-division world champion wasn’t quite ready for that next stage to start yet, and that’s why Mares (31-3-1, 15 KOs) is back to face Miguel Flores on the pay-per-view undercard of the high-profile heavyweight showdown between Andy Ruiz Jr. and Luis Ortiz on Sunday night in downtown Los Angeles.

“I’m just coming back for the love,” Mares told The Associated Press. “If I don’t do it now, I’m going to regret it for the rest of my life. I’m 36. I’m so capable. If I were to wait another year, two more years and be like, ‘Man, you should have taken that fight,’ I would never forgive myself for that.”

Mares has plenty of other ways to spend his time rather than getting up at dawn for conditioning work and then sweating in a hot gym.

He was a Fox Sports commentator even before an eye injury, and he landed a job with Showtime early during the pandemic. He and his wife, who have been married since the start of his pro career 17 years ago, have responsibly invested much of his career earnings to provide a comfortable life for their two daughters, who are in private school.

“At first, they were like, ‘Why come back?’” Mares said. “’We’re comfortable. We’re good. Why put us through this?’ Because really, I’m putting them through nervous moments. I can just come back and have fun, but they have to be worried. They’re always supportive. They’re always behind me 100%, but they wish this could be my last fight, hopefully.”

Mares never actually intended to be away from the ring since June 2018, when he lost an entertaining rematch with Léo Santa Cruz. He booked a meeting with Gervonta “Tank” Davis for February 2019, but had to drop out due to a detached retina suffered during a sparring session.

Mares had successful surgery and was cleared to return to boxing a year later — the doctor who performed the surgery will even be at the fight Sunday. But his recovery coincided with the start of the coronavirus pandemic, and Mares began to enjoy his comfortable post-ring life as the next two years dragged on.

“Sometimes it felt like this was it,” Mares said. “There was no love, no passion for the sport anymore, as far as committing to get back in training and wanting to fight. I was comfortable behind the desk commentating. … It wasn’t until I saw Tank Davis fight (Mario) Barrios (in June 2021) that I felt something warm. I felt alive again. I felt that urge to get back.”

While Mares remains an exceptional dresser fond of wearing Louis Vuitton sunglasses indoors, that flash is just on the surface. He’s a cerebral boxer who frequently counsels other fighters to spend their winnings responsibly.

He learned financial prudence after a childhood spent between Guadalajara and the tough Hawaiian Gardens suburb of Los Angeles, and now he counsels others to follow his lead — a viewpoint that far too few boxers hear early in their careers.

When 12-0 American lightweight Jose Valenzuela admired Mares’ watch during a promotional appearance this week, Mares told him to raise his jewelry game “whenever you’re comfortable enough to get one. Don’t just get it because you want to show off. Examples like that, I wish I’d gotten them.”

If Mares wins Sunday night, he doesn’t sound ready to quit. He said he would entertain a third shot at Santa Cruz after their two close meetings, and he would welcome the chance to finally fight Davis, the current WBA lightweight champ.

But a meeting with the tested Flores in downtown Los Angeles is the first step, and Mares refuses to let his passion ruin his plans.

“I’ve got no pressure whatsoever to look a certain way or to do anything,” Mares said. “I’m just going to take baby steps, let everything sink in, soak up that good energy. It could be my last fight, so I’m just going to enjoy the moment.”